WASHINGTON — The Internal Revenue Service today reminded taxpayers who turned age 70½ during 2016 that, in most cases, they must start receiving required minimum distributions (RMDs) from Individual Retirement Accounts (IRAs) and workplace retirement plans by Saturday, April 1, 2017.

The April 1 deadline applies to owners of traditional (including SEP and SIMPLE) IRAs but not Roth IRAs. It also typically applies to participants in various workplace retirement plans, including 401(k), 403(b) and 457(b) plans.

Affected taxpayers who turned 70½ during 2016 must figure the RMD for the first year using the life expectancy as of their birthday in 2016 and their account balance on Dec. 31, 2015. The trustee reports the year-end account value to the IRA owner on Form 5498 in Box 5. Worksheets and life expectancy tables for making this computation can be found in the appendices to Publication 590-B.

Most taxpayers use Table III  (Uniform Lifetime) to figure their RMD. For a taxpayer who reached age 70½ in 2016 and turned 71 before the end of the year, for example, the first required distribution would be based on a distribution period of 26.5 years. A separate table, Table II, applies to a taxpayer married to a spouse who is more than 10 years younger and is the taxpayer’s only beneficiary. Both tables can be found in the appendices to Publication 590-B.

Though the April 1 deadline is mandatory for all owners of traditional IRAs and most participants in workplace retirement plans, some people with workplace plans can wait longer to receive their RMD. Employees who are still working usually can, if their plan allows, wait until April 1 of the year after they retire to start receiving these distributions. See Tax on Excess Accumulation  in Publication 575. Employees of public schools and certain tax-exempt organizations with 403(b) plan accruals before 1987 should check with their employer, plan administrator or provider to see how to treat these accruals.

The IRS encourages taxpayers to begin planning now for any distributions required during 2017. An IRA trustee must either report the amount of the RMD to the IRA owner or offer to calculate it for the owner. Often, the trustee shows the RMD amount in Box 12b on Form 5498. For a 2017 RMD, this amount would be on the 2016 Form 5498 that is normally issued in January 2017.

IRA owners can use a qualified charitable distribution (QCD) paid directly from an IRA to an eligible charity to meet part or all of their RMD obligation. Available only to IRA owners age 70½ or older, the maximum annual exclusion for QCDs is $100,000. For details, see the QCD discussion in Publication 590-B.

A 50 percent tax normally applies to any required amounts not received by the April 1 deadline. Report this tax on Form 5329 Part IX. For details, see the instructions for Part IX of this form.

What is the Additional Medicare Tax?

Below the IRS explains about the additional Medicare tax.

Some taxpayers may be required to pay an Additional Medicare Tax if their income is over a certain limit. The IRS would like people to know more about this tax.

People who owe this tax should file Form 8959, with their tax return. People should also report any Additional Medicare Tax withheld by their employer or employers on Form 8959. IRS.gov offers more on this topic. Forms and publications are available on IRS.gov/forms anytime.

Selena Maranjian
Feb 25, 2017 at 6:21AM
“Retirement: It’s nice to get out of the rat race, but you have to learn to get along with less cheese.”
— Attributed to Gene PerretLearning to get along with less cheese in retirement isn’t fun for most people. You can make it less painful, though, by effectively planning and preparing for retirement. Here are more than 22 retirement stats most of us would do well to know about — and many of which are rather surprising. 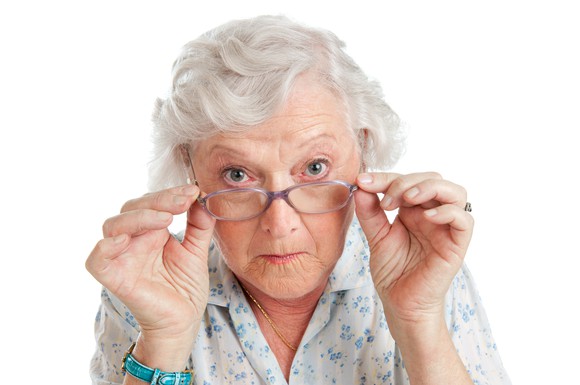 1 ) Your retirement may last much longer than you expect. If you stop working at 62, for example, and live to 97, your nest egg will need to support you for 35 years!

3) Retiring at age 62 isn’t crazy, either. The average retirement age was recently 63 — and you can start collecting Social Security benefits as early as age 62.

4) You may end up retiring earlier than planned. According to the 2016 Retirement Confidence Survey, 46% of retirees left the workforce earlier than planned, with 55% citing health problems or a disability as the reason and 24% citing changes at work such as a downsizing or workplace closure.

5) According to an Edward Jones survey, about 60% of Americans of varying ages are worried about healthcare expenses in retirement. That may be surprising, but it’s also quite reasonable, because of the following retirement fact.

6) Health care can cost much more than you think it will. According to Fidelity Investments, a 65-year-old couple retiring today will spend, on average, a total of $260,000 out of pocket on health care.
7) If you’re late enrolling for Medicare, it can cost you. Your Part B premiums (which cover medical services, but not hospital services) can rise by 10% for each year that you were eligible for Medicare but didn’t enroll. The no-penalty enrollment period for most people is anytime within the three months leading up to your 65th birthday, during the month of your birthday, or within the three months that follow.8) Lots of people are saving for retirement. There are more than 600,000 defined-contribution plans such as 401(k)s, with more than 70 million people participating in them. As of late 2016, there was about $7 trillion in 401(k) plans and close to $8 trillion in IRAs.9) Income from 401(k) accounts has been estimated to represent about 25% to 30% of overall retirement income. According to the Social Security Administration, most elderly beneficiaries get 50% or more of their income from Social Security, while 21% of married ones and 43% of unmarried ones get fully 90% or more of their income from it.10) The average 401(k) account balance in Fidelity Investments-managed plans hit a record average of $92,500 as of t

12) Divorce doesn’t help matters. According to a recent survey from the American Institute of CPAs, three-quarters of retirement-age divorcees lack a good understanding of how to manage their personal finances. (It’s typical in couples for one spouse to manage the family finances, leaving the other one underprepared in the event of divorce.)

15) If you think you’ll get more than the figure above because your earnings were above-average, you’re right. But still, the maximum monthly benefit for those retiring at their full retirement age was recently $2,687, or only about $32,000 annually.

16) Up to 85% of your Social Security income can be taxed, if your income exceeds a specified level.

17) According to the Social Security Administration, retirement benefits for those with average earnings will likely replace about 40% of your pre-retirement earnings. Those who had above-average earnings in their working years can expect a lower replacement rate, and vice versa. 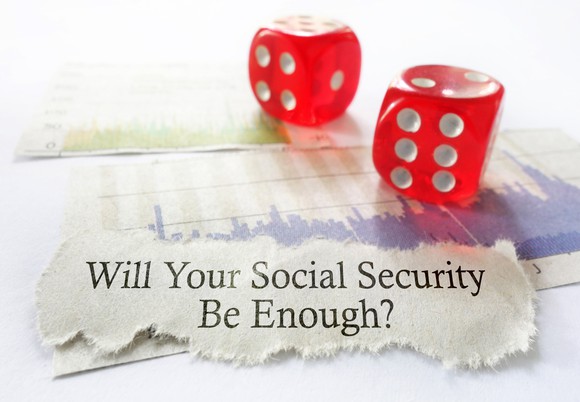 19) On the other hand, if you start collecting early, at age 62, you can expect your checks to be about 30% smaller. That’s not so terrible, though, because you’ll collect many more of them. And the system is designed to be a wash for those who live average-length lives.

20) If you’re worried about running out of money in retirement, you may be surprised at how much income you can buy through an annuity. Here’s the kind of income that various people might be able to secure in the form of an immediate fixed annuity in the current economic environment:

21) Retirement doesn’t always play out as expected. A 2014 MassMutual survey found that 10% of retirees were surprised to find themselves lonely, bored, with a lost sense of purpose, and/or depressed in retirement. You may be tired of working, but the routine of having a place to go and things to do every day may be serving you well.

22) Finally, here’s some good news, despite all the worrisome findings above: That same survey found that 72% of retired respondents reported feeling quite happy or extremely happy in retirement.

To a great degree, whether you’re happy or frustrated in retirement will depend on how well you prepare for it — financially and psychologically. It can help to get and stay healthy throughout your life and to always have an active social life. And, of course, save aggressively for your golden years.

If you are looking for any last minute tax planning ideas, look no further than a Solo 401K Salt Lake City UT.  Here is a brief summary of this robust tax deferral tool.

Available for business owners with no other full-time employees – Sole Proprietorships, Partnerships, LLCs and Corporations (S or C).

Contributions can be made after age 70 ½ but required minimum distributions must still be taken.

As you can see some significant pre tax dollars can be deferred with this plan.  An additional added benefit is that the complexity of a regular 401K as it pertains to nondiscrimination rules are not applicable in a Solo 401K.

We strive to bring you the most excitement a CPA can possibly bring. Calculators! Dynamic Content! Newsletters! ICFiles! We have it all at Prince Hansen Group, PLLC